“Males flirt with blondes—almost reflexively. Perhaps blondes do the same in return.” Tweet 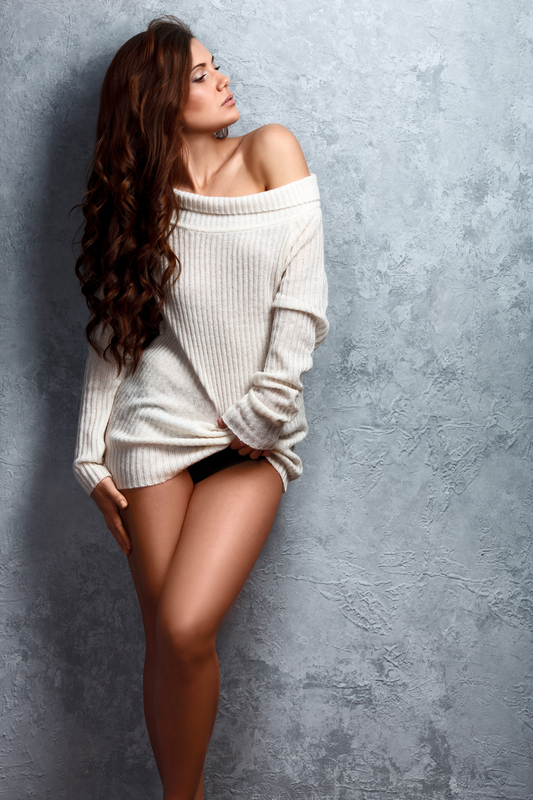 “What really threw me was the way men treated me—differently, more seriously.”

Harold Brodkey: “If a blonde is funny, she is considered to have a spectacular personality.”

“I don’t think my personality changed with my hair color.”

Some time ago, just out of college, I ran into my high-school boyfriend on a street in Sausalito.

“How’s Priscilla?” He asked suddenly as I was struck at the formal, oddly distant tenor of the conversation

“Louie, I am Priscilla!”

He looked distressed. “I thought you were Susan!” The reference was to my younger sister.

But I knew that wasn’t it. Oh sure, the haircut was pretty drastic—it went from waist-length to one of those short, geometric, Sassoon cuts. But the color change was the real shocker. I had always been blonde—a genuine, California, sun-bleached blonde. All the years of white blondness were suddenly gone, with the relentless snip of the shears and a change of part. I’d emerged a brunette from the hair salon.

I’m not exaggerating when I say people didn’t recognize me. But what really threw me was the way men treated me—differently, more seriously. The bar can be pretty low for blondes. “Blondes are considered interesting merely if they are agreeable. If a blonde is funny, she is considered to have a spectacular personality,” writer Harold Brodkey once observed (Men’s Life, circa 1989).

Males flirt with blondes—almost reflexively. Perhaps blondes do the same in return. I don’t think my personality changed with my hair color; but who knows? Memory is selective and often self-serving. But I’m pretty sure I became much more a peer—a colleague—than I’d been before.

All the years of white blondness were suddenly gone, with the relentless snip of the shears and a change of part.

Anyway—and maybe this is a bit much—this is what happened in the six months that followed. I left my flower-shop job and became an editor for a political, consulting firm. I broke up with my athletic, California boyfriend and moved in with a balding, brainy, financial journalist. I moved from California to New York. I stopped being a vegetarian.

It would be inaccurate to say I’ve never looked back. Rather when I come across photographs of myself in that incarnation, my reaction depends entirely on how secure I’m feeling. It’s either: “God, in 10 years of talking, no one ever listened to that girl;” or “God, if I’d only stayed blonde, I’d still be in California, living the life of Reilly with nothing expected of me except to stay blonde at any cost.”

Now, one of the questions I hear most often when I’m out with my daughter is: “Where’d she get that hair?”

“Well, the curls came from her father. And…believe it or not, I was very blonde until my early 20s.”

visit website
book
The Naked Woman: A Study of the Female Body

Buy it
book
The Human Animal: A Personal View of the Human Species

Buy it
book
“The Naked Ape: A Zoologist’s Study of the Human Animal”