Where Bill Gates Blew it

What made the West best, it turns out, is smart dating and solid mating. Tweet 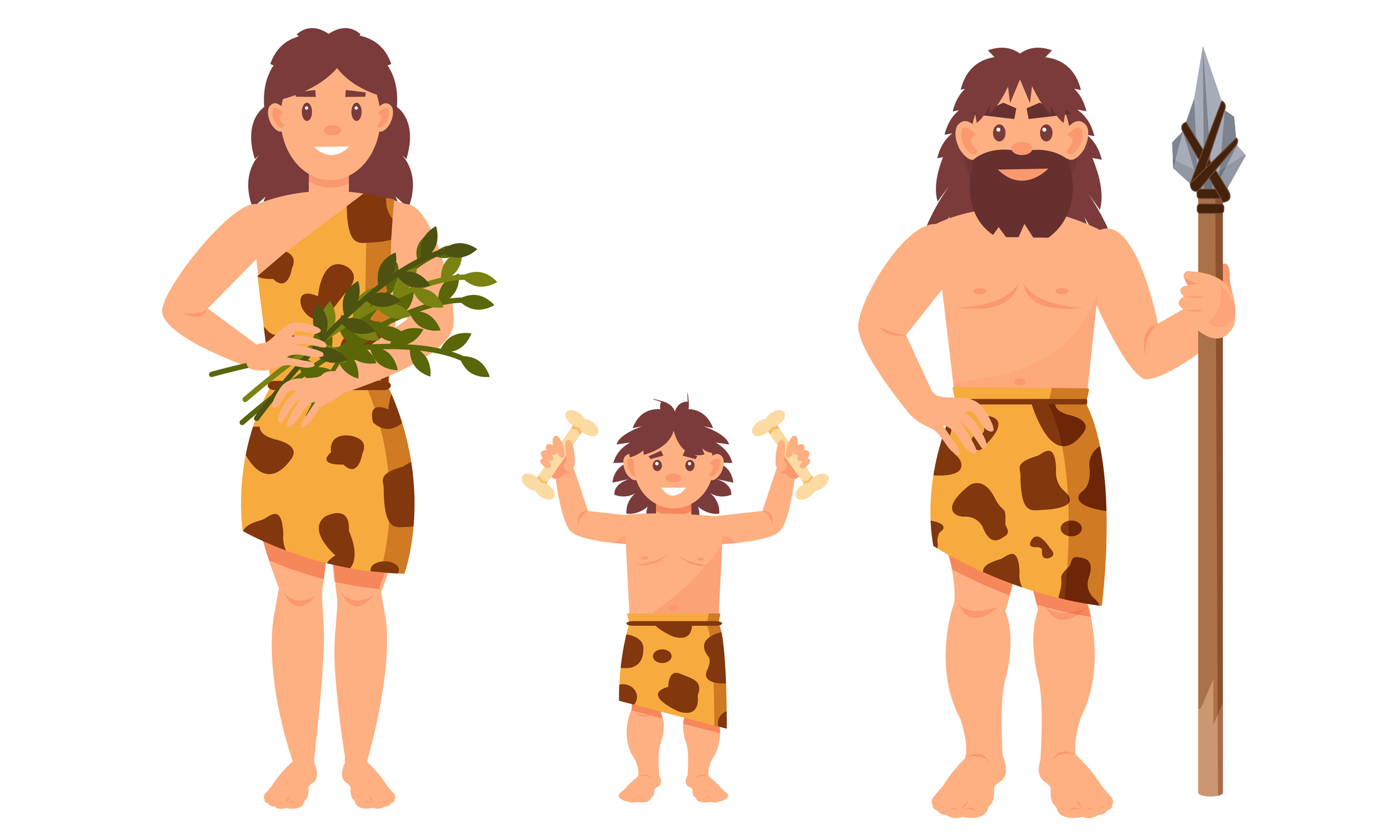 Monogamy requires alpha women. The feminine vipers of the harem are replaced with astute and virtuous women who stand by their men—and up to power.

This wonderful book ought to be broadly read and reread by generations, for marriage and civilization’s sake—particularly by our most powerful couples

“The important point is this: Although monogamy is manifestly a more equitable and successful way to organize a society, it is always under siege...”

Once upon a time, boy met girl, both met the baby; man became a responsible man and put together a roof as a result. We know this much because we know creation myths—like the story of man being fashioned out of the clay of Earth and the breath of God—are not meant to be literal truth. We are capable of figurative thought.

But the man-from-nothing myth endures, because as William Tucker’s study of monogamy makes clear—Marriage and Civilization: How Monogamy Made Us Human (Regnery, 2014)—the love a good woman was what really lifted us out of clay and gave us life. The cleverness to find a bride and live in our own cave are the tricks that made us not just human but civilized.

This is all revealed in Tucker’s compelling book.

Moreover, Tucker avoids the swamp and finds a starting point in the land of Darwin, anthropology and specifically the work of Owen Lovejoy, an anthropologist with a special interest in Paleodemography—not an intuitive indicator of the kind of guy who has breakthrough ideas about dating, but that’s science for you. Lovejoy enters Tucker’s study because his work (such as that summarized in Science) suggests Paleolithic women preferred men who could not only stand upright without dragging their knuckles but could carry their own weight—even up trees. Another grooming tip for Goths: women like men with smaller fangs, because obviously those guys outwit opponents instead of simply out-biting them.

These cave-dwelling families made a dating-and-mating decision that separated them others—and from our own pre-human prehistory—Tucker argues.

The history of going steady. A choice—I’m with her, and she is with me, exclusively—was the tipping point that made us human and gave us a beneficial leg up on the monkey-mix whence we sprang. It made natural-selection sense for a man and a woman to pair off for hunting and gathering, in the beginning. This condition lasted five-million years.

Polygamy worked for the alpha male and his clan in the safety of the jungle, so females could be guarded as the offspring are nurtured. But sexual equity became a requirement of survival for the offspring outside the jungle and on the open plains.

“Civilizations are born,” Tucker wrote, “when two people trust each other [and] we come out of the cold isolation of nature and begin to construct something that we call human society.”

Polygamy interestingly makes a comeback at the dawn of civilization—around 10,000 years ago—when this rational hunter-gatherer puts down his spear in favor of picking up the farmer’s hoe (no jokes, please) and shepherd’s staff. Things start getting more interesting at this point—more prosperous—warlike and polygamous. With accumulated wealth comes power; and with it, the ability to write societal rules to your benefit.

In short, inequality of wealth and power reintroduced sexual scarcity back into the human story. Those with the most land and largest herds—civilization’s new alpha males—naturally started taking an unequal share of the women for themselves. A new warrior class developed to plunder the women and wealth of other people, in order to release the social tensions created by polygamy.

Extreme examples of the expansionistic logic of polygamy can be seen in Genghis Khan, at the top. The bottom: suicide bombers willing to off themselves to get their own posthumous harem of virgins to debauch.

A central argument of Marriage and Civilization is that monogamy is an elite-driven enterprise. The rich marry to protect wealth and family; the poor shack up someplace and screw like crazy. The male later steps out for a pack of smokes and is never seen again. Monogamy requires self-restraint and forward-thinking among the strongest.

These powerful few recognize the bellicose logic of polygamy and choose sexual equity because of internal peace and prosperity that follow. This in turn connects the last ape to the founders of Western civilization.

Monogamy requires alpha women. The feminine vipers of the harem are replaced with astute and virtuous women who stand by their men—and up to power.

“The real reason why monogamy prevailed in Western Civilization was not because of examples from the Bible, but because the Catholic Church had a crucial ally in a new icon of Western Civilization—the Virtuous Woman. We see her in Penelope in the ‘Odyssey’ and in Lucretia in Rome. We meet her continuously in the Church with its veneration of the Virgin Mary, the lives of saints, and the deeming of monogamous marriage as a sacred institution.” ~William Tucker

Mr. Tucker’s exegetical powers are broad and deep. Anthropology, poetry, philosophy, religion, history and social policy are marshaled in the service of an argument at the core of humanity and civilization. “Nations’ fates are not based on geography or east-west axes or natural resources or technology, but on the human beings they generate.”  It turns out we have a hand in our own creation. Culture is a product of human choice and necessity. Monogamy is what made man and the West best. Sexual equity creates better societies.

Marriage and Civilization is not a derivative book. In fact, it is as original as it gets. The bookshelf behind Marriage and Civilization is chock-full of a diverse range of complementary works. This wide-ranging theodicy of man is the gift of an idiosyncratic and liberally educated soul. “The important point is this: Although monogamy is manifestly a more equitable and successful way to organize a society, it is always under siege and forever fragile,” Mr. Tucker warns.

This wonderful book ought to be broadly read and reread by generations, for marriage and civilization’s sake—particularly by our most powerful couples.

A+
a-
book
Marriage and Civilization: How Monogamy Made Us Human 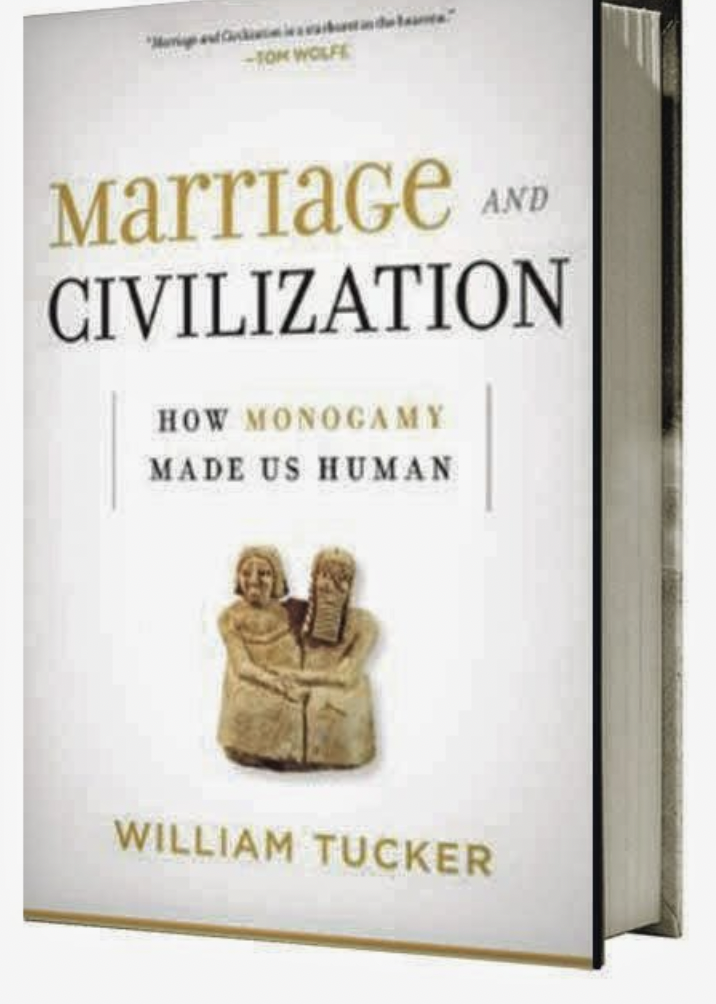 Part Two: Feynman, Strip Clubs and the Nobel Prize as a Performance-Enhancing Drug?
SnipFlix Documentary: “The Vasectomist”
One Man’s Story: ‘I took a mulligan on my vasectomy and got my third child.’
Dear Daughter: Bend, But Never Bend Over