The question, “What are you drinking?” isn’t meant to launch a philosophical debate. If you’re still unclear on your spirits, here’s your little cheat sheet. Tweet 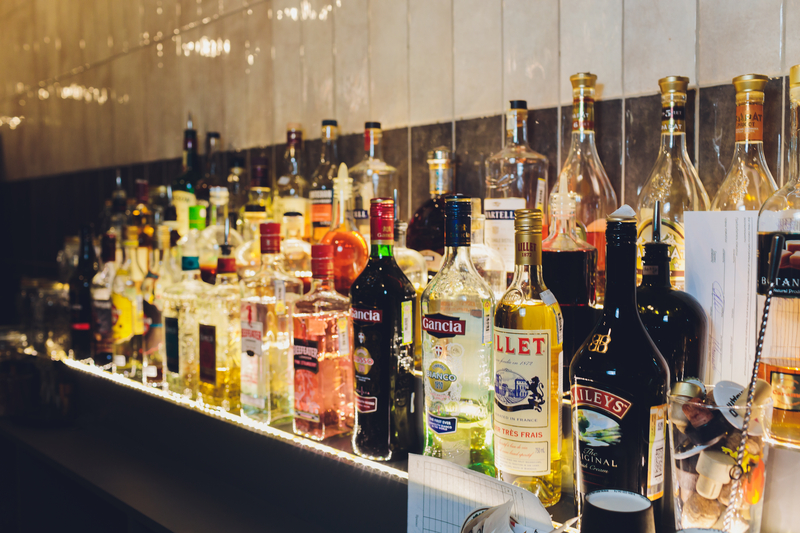 There is absolutely no difference between any domestic vodka, except the piece of paper stuck on the front of the bottle.

Cask aging is what counts, so don’t pay a ton of money for a dusty bottle of Armagnac.

There are four main types of whiskey:

Your mother was right: three or four rye shooters can put your eye out.

Vodka is a neutral grain spirit. Buy the cheapest filtered stuff you can find. There is absolutely no difference between any domestic vodka, except the piece of paper stuck on the front of the bottle. Imported vodkas do vary enormously, however, and your own taste will steer you right. Vodka should be stored in the freezer, next to the body parts.

Gin is one of the few spirits made better with money. Juniper is the primary ingredient here, and the real thing is more expensive than the phony “extract.” Tastes better, too.

Brandy is distilled wine and marked according to its origin. The most expensive stuff comes from the Cognac region of France, but don’t be gulled by Gauls. Ratings like “VSOP” and “VS” are nearly nonsensical, while bottle aging means nothing in brandy. Cask aging is what counts, so don’t pay a ton of money for a dusty bottle of Armagnac. Money is a good guide to quality but try several varieties and choose for yourself — the next day.

This clip below is a Thanksgiving bourbon recipe from Federalist Senior Editor Chris Bedford, but do you really need a holiday as an excuse to get creative with your booze?

Buy it
book
“Bourbon: The Rise, Fall, and Rebirth of an American Whiskey” By Fred Minnick