To Kill a Mockingbird: “In the name of God, do your duty.”

Even though Atticus Finch makes this appeal to the jury in the Tom Robinson rape trial, "In the name of God, do your duty," if you watch carefully, you'll realize he's making the same appeal to you. Tweet

While some would like to ban the book and movie, wiser minds (as opposed to the woke mob) must prevail.

Not everyone loves the book; for instance, in 2015, Sam Tanenhaus wrote:

It seems the canon wars have begun anew. Homer was the latest casualty when a Twitter movement called #DisruptTexts pushed to get the Odyssey removed from curricula across the country. I fear that To Kill a Mockingbird is next up on the chopping block. For years before the Greek bard got whacked, Harper Lee’s To Kill a Mockingbird has faced criticism in progressive circles; at yearly meetings among my colleagues, discussions of removing it from syllabi crop up. It may not be widely canceled yet, but it’s already facing the inquisition.

Late last year, the Burbank Unified School District banned teachers from introducing this book to students on the grounds that a white student bullied another student after reading it. #DisruptTexts represents a growing anti-canon sentiment in K–12 education, and this move from Burbank schools could quickly be repeated by other districts across the country. However, a teacher’s poor handling of a book’s subject matter is not grounds for banning the book itself. Considering that this book deals thoughtfully with America’s history of racism, to ban it is to deprive us of a much-needed corrective to the deadlock and vitriol in debates about race.

To Kill a Mockingbird — and not some online chat room — is exactly where a young adolescent ought to learn about racism, sentiments underlying it, and the consequences it brings. While the novel makes ample use of the “N” word — the main issue in Burbank — it treats the word with derision and always places it in the mouths of antagonists, used to draw the ire of the reader.

In reality, the novel is precisely what America needs as we reckon with our history of slavery and segregation. To Kill a Mockingbird is both contentious and humane, encouraging readers to confront their own hypocrisy and to feel sympathy even for those who are seemingly irredeemable. After reading Lee’s famous work, one cannot but feel humbled and sympathetic, qualities lacking in our current national discourse.

You are welcome to your own opinion, of course. But you can count my vote on the side of Daniel Buck and National Review. Even though I have read the book and seen the movie many times, I find something powerful and new in the story and characters every time I read or see it again.

Sometimes, I think it’s a story about a little girl, or a motherless family, or innocence lost in a small Southern town, or an alleged Black-on-White rape, or a courtroom drama.

It’s easy to remember the courthouse scenes where:

Atticus cross-examines Mayella about the rape:

The verdict for Tom Robinson is read, and the local Black population rises for Atticus in the balcony as he walks out of the courthouse with the full weight of the verdict on his shoulders.

No matter what else the story is about, it’s about justice.

Because no matter what else the story is about, it’s about justice.

Often when I watch the movie or re-read the book, I remember that while the courthouse drama is very memorable, it’s just one part of a much larger story.

Many other events in the book — from the scene where Scout ask Atticus if they are poor, to the scene with the rabid dog where Jem stares in disbelief at Atticus after learning his Dad is the best shot in the county, to the scene where you first meet Dill Harris and realize all is not right with his father and his family – everything else in the book feels so common and familiar, as if something similar could happen right there at your house.

In my humble opinion, that’s the magic author Harper Lee captured in the book, which was her first published novel and which won the Pulitzer Prize.

Many of the scenes in the book and movie feel like they could be lifted right from your life or mine, it makes Atticus’s powerful statement to the jury at the end of the trial, “In the name of God, do your duty,” feel like it’s directed at you and me, too.

And it’s a damn good piece of advice.

A+
a-
book
To Kill a Mockingbird 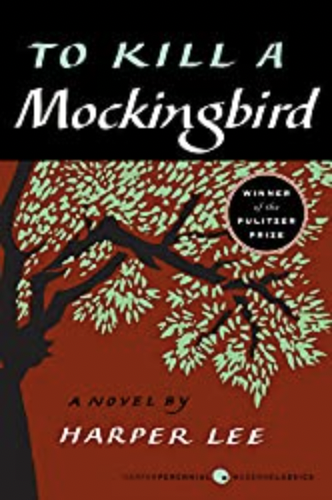 Buy it
streaming
To Kill a Mockingbird 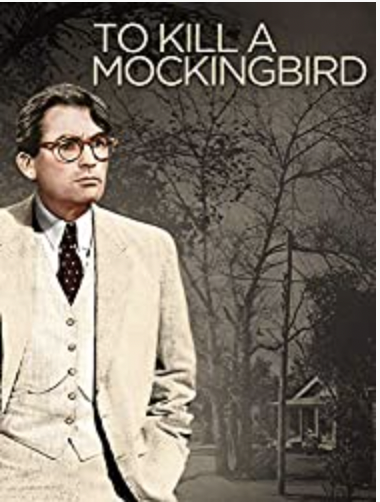