He has kept a smile on his face, even after being dealt a crushing hand.

The guy shines. He was without blemish, born of hardship.

Layng Martine, Jr. is a man’s vows made perfect.

Men come in many flavors. Layng Martine, Jr. is among our best.

My business partner—El Hefe Grande—put Layng at the top of his best-of-men list. That means a lot.

Layng’s considerable, Earthly successes are of secondary interests to the soul we see in the guy. But let’s just say Layng wrote Elvis’ last hit, “Way Down,” before he passed on the throne—no shit.

Why are we interested in this Music Man? He has kept a smile on his face even after being dealt a crushing hand. His wife, Linda, whom he adores, was in a car accident that left her without feeling below her waist. I fell into this tragedy made beautiful by asking El Hefe to justify his top billing. He sent me Layng’s contribution to New York Times’s “Modern Love” series—read it here and come back.

I had the pleasure of sitting down with Layng, El Hefe and my son at Valhalla—Planned Man’s invitation-only, Palm Beach hang. How do I start? First impressions. On the way over, we listened to his hit, “The Greatest Man I Never Knew,” sung beautifully by Reba McEntire.

This guy was two-for-two at bringing manly tears to my eyes. “The Greatest Man I Never Knew” is “Cat’s In the Cradle” excellent.

I was expecting an Irish-Catholic stoic—a weathered soul, indomitable but damaged. I saw no such thing—the guy shines. Layng was without blemish, born of hardship. He spoke to the tragedy in life, only because I asked him about it. I can’t quite capture fully what I experienced. His words and manner are like his music—a composition of his heart, head, body and soul.

Layng Martine is a man’s vows made perfect. Linda is not heavy. She is his forever love. The rest is melody.

Layng Martine is a man’s vows made perfect. Linda is not heavy. She is his forever love. The rest is melody.

I had my son, Ryan, there, so I was interested this poet’s thinking on the raising of needed souls.

He shared a practice—learned from his parents but continued with royalty-fueled gusto—of giving his kids wanderlust tickets to explore the world. How crazy and liberating does that sound in our present, lockdown mindset?

“Go out and wrestle with some risk.” Layng explained.

Take the money you’d spend on your kids’ overpriced housing and food and give them a wanderlust budget to travel the country with their laptop, instead of sending them back to college for in-person instruction. 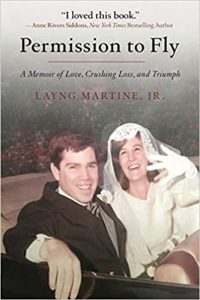 He told a story that should give pause to anyone who asks a made man for a favor. It turns out that being in the Country & Western Hall of Fall comes with an occasional privilege. Everyone ought to know when those who don’t make habit of making-an-ask-of-themselves ask for a favor, doors are opened at the sky-box level. Not only do masters of the universe take your call, if they don’t get your call, they call you.

Long story short, Layng opened the door to what could have been a life-changing opportunity for a prepared, hungry talent. Sadly, the young man was not ready for the moment. He not only missed it…you gathered by how he responded that “missing it” was to be his chosen fate. A soul, a muse, is a fucking terrible thing to waste. This guy choked at best, didn’t give a fuck to even prepare, most likely. You can picture couches across America, littered with guys like him.

Layng, I’m partial to this young, singer/song writer, Corben Champoux. Unlike this guy above, she got the grit to make it. I can promise you that “rising star” will take full advantage of a favor.

One of many things I learned: Musing is not easy. It does not shoot out the poet’s fingertips like lightning. It comes to those with a love and feel for the matter at hand. It’s a product of hard work that comes to those who are prepared to receive it.

More of us ought to be like Layng. You need to get to know him, to be like him. His book, Permission to Fly: A Memoir of Love, Crushing Loss, and Triumph, is good place to start—buy it, read it, try to live it. It’s a gateway to his soul and maybe a better soul for you.

To see the sparkle I am taking about, check out former-USA Today Editor Ken Paulson’s interview with Layng for the Nashville Songwriters Hall of Fame archives. Nashville Public Television also broadcasted the interview, as part of its “The Songwriters” series.

A+
a-
book
“Permission to Fly: A Memoir of Love, Crushing Loss, and Triumph”

Buy it
music
“Way Down in the Jungle Room”

Buy it
music
Cat’s in the Cradle

Buy it
music
The Greatest Man I Never Knew

Buy it
book
“Permission to Fly: A Memoir of Love, Crushing Loss, and Triumph”

Buy it
music
“Way Down in the Jungle Room”