Best songs for teaching your kid about death.

So how do you teach your kid to, if not fear death, at least respect it? Tweet 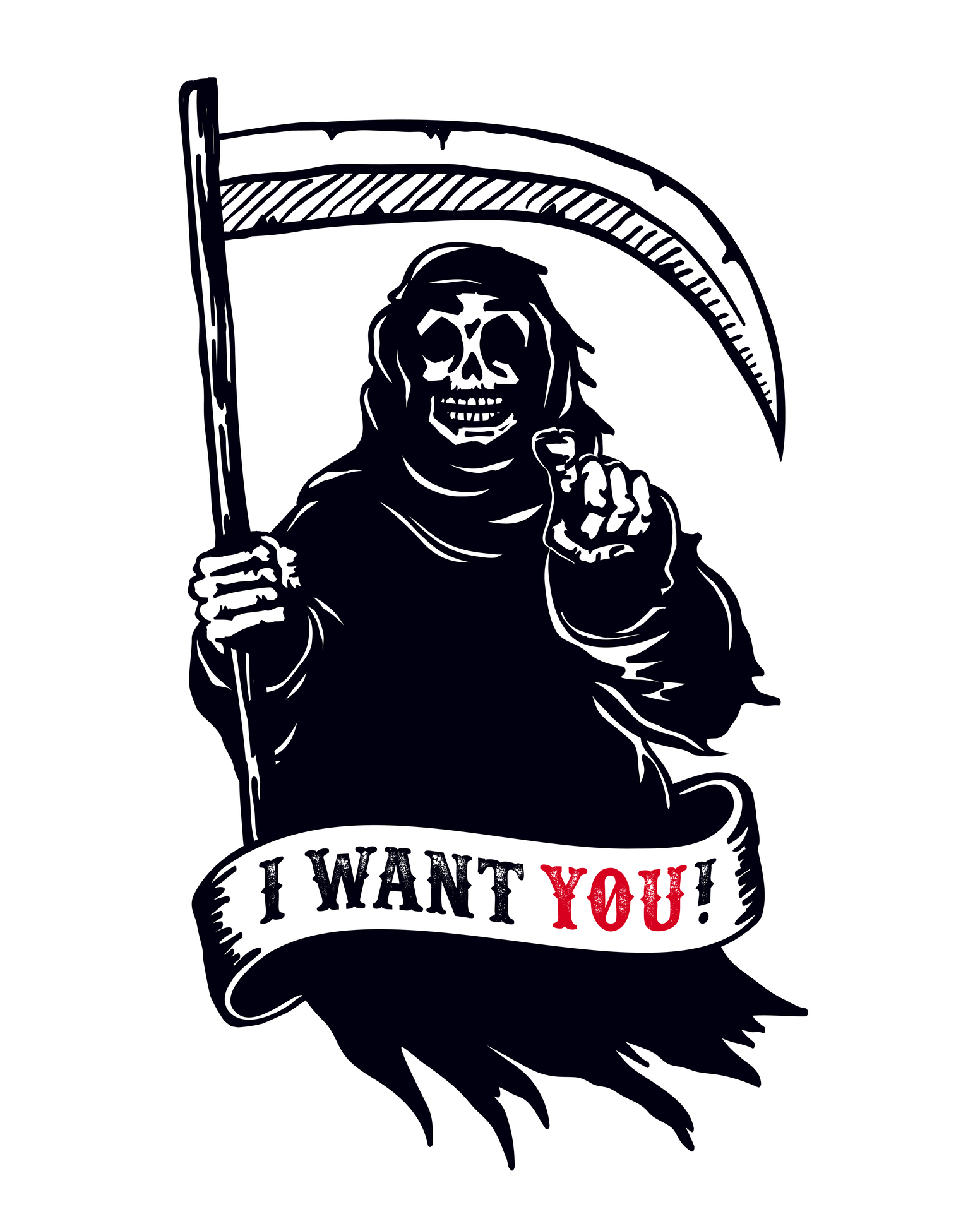 When I was about fourteen, one of the stars of my high school swim team was showing off and drowned.

Another guy was showing off in his car and…you guessed, slammed it into a fig tree and died.

I was with some friends in a stolen car one night, and we flipped it over on the side of a hill and all almost died.

In all cases, some form of drugs or alcohol (and testosterone) were involved.

Of course, these stories are not unique to me, my school or my town.

The same stuff was going on where you lived, too.

What was unique to where I grew up were the fig trees, and we thought it was great fun to go “figging” late at night.

We, of course, knew you’d have to be crazy to drive out into an orchard late at night, go as fast as you could between two rows of fig trees, and then turn off the lights while keeping your foot slammed down on the gas.

The fig trees win every time.

But we kept figging because even when our friends died, death still wasn’t really real to us.

So how do you teach your kid to, if not fear death, at least respect it?

All I can do is tell you what my Dad did.

He figured (correctly) that I wasn’t going to listen to him, no matter what he said; but there was a chance I might listen to the radio in my car.

So he made me what he called “The Mix-Tape of Death”; a mix-tape of songs about teen-age death, dying and car crashes.

According to Wikipedia, these “teenage tragedy songs” are often known as  “tear jerkers,” “death discs” or “splatter platters.”

I thought it was hilarious; so funny I played it for all my friends, over and over again, in my car.

The funny thing is, I listened to that tape so many times that the message sunk in.

Now I certainly didn’t stop getting drunk or stoned, but I did steal another idea from my Dad.

I am pretty sure he invented the idea of designated driver when he said to me way back in 1977:

“I don’t care if you want to go out and get drunk or stoned with your friends, just make sure someone stays sober and that guy drives everyone else home.”

As you can tell, he had some great ideas and it all worked out; I’m still here.

My Dad took pleasure in including one particularly chilling song, Seasons In The Sun by Terry Jacks, on the mix tape because of these lyrics:

Goodbye Papa it’s hard to die
When all the birds are singing in the sky
Now that the spring is in the air
Little children everywhere
When you see them, I’ll be there

If you have a kid of your own, feel free to steal these ideas from my Dad, and also pay a visit to a very ugly webpage called Dead Teen Songs, You Gotta Love Them so you can make your kid his very own “Mix-Tape of Death”…and make sure you include Pearl Jam’s cover of Last Kiss which many people know from when it was famously covered by J. Frank Wilson and the Cavaliers in 1964.

A+
a-
music
Seasons In The Sun (Expanded Edition)

listen to it
music
Last Kiss